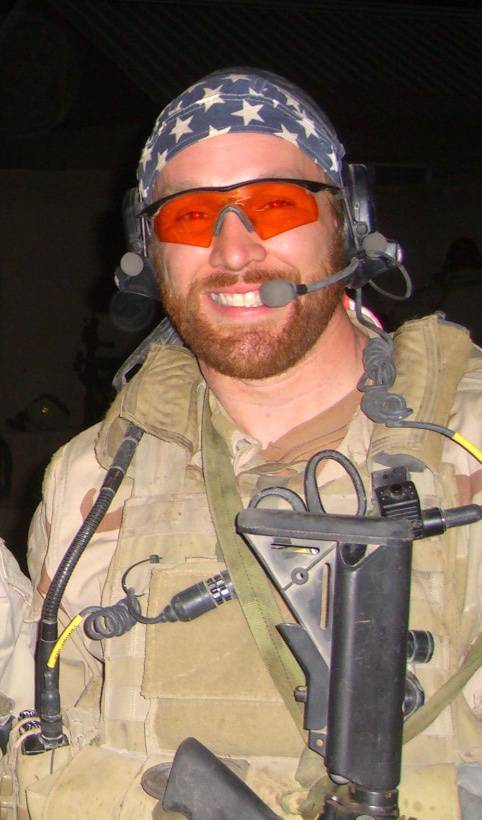 While growing up in Marietta, Georgia, Dave was an avid sports enthusiast who excelled in swimming, wrestling, and martial arts—all of which made him an ideal candidate for military service. Dave joined the Navy in 2000, rising to the occasion and fulfilling his childhood dream of joining the elite ranks of the Navy SEALs in 2002. He received the esteemed designation of Honor Man in his BUD/S class, 236.

Due in part to his great passion for learning, Dave grew to be a natural educator. Following his many combat tours with the Teams, he was chosen as a SEAL Combatives Instructor, a role in which he taught fellow SEALs hand-to-hand combat techniques. In 2014, Dave realized he wanted to do even more to help others, so he applied for and was accepted into the highly selective Interservice Physician Assistant (IPA) Program. During his time in the IPA Program, he tirelessly studied medically related areas of science for the eventual purpose of saving lives.

In 2016, Dave received a Bachelor of Science degree and a Masters in Physician Assistant Studies from the University of Nebraska Medical Center. Following graduation, he was commissioned as a naval officer and was assigned to serve as a Physician’s Assistant to the 8th Marine Regiment at Camp Lejeune in North Carolina.

On the way to achieving his impressive military and personal accomplishments, Dave met the love of his life, Jamie Manuel Metcalf in 2011. They married in April 2012 and welcomed their son Franklin “Frankie” Thomas Metcalf in October 2016. Although Dave excelled at anything in which he was involved, his greatest achievement and source of immense pride was being a loving father and devoted husband.
Dave is remembered for his selfless service to his family, his teammates, the Navy and the United States.

Even though Dave left us far too soon, he will not be forgotten. He remains forever in our hearts and his legacy lives on in his son and those family, friends and teammates who had the immense honor of knowing and loving him. He epitomized integrity and decency, and his principled life will be remembered. U.S. Navy Lieutenant Junior Grade David R. Metcalf overcame much, accomplished even more, sacrificed for all, and loved unconditionally. He truly lived. 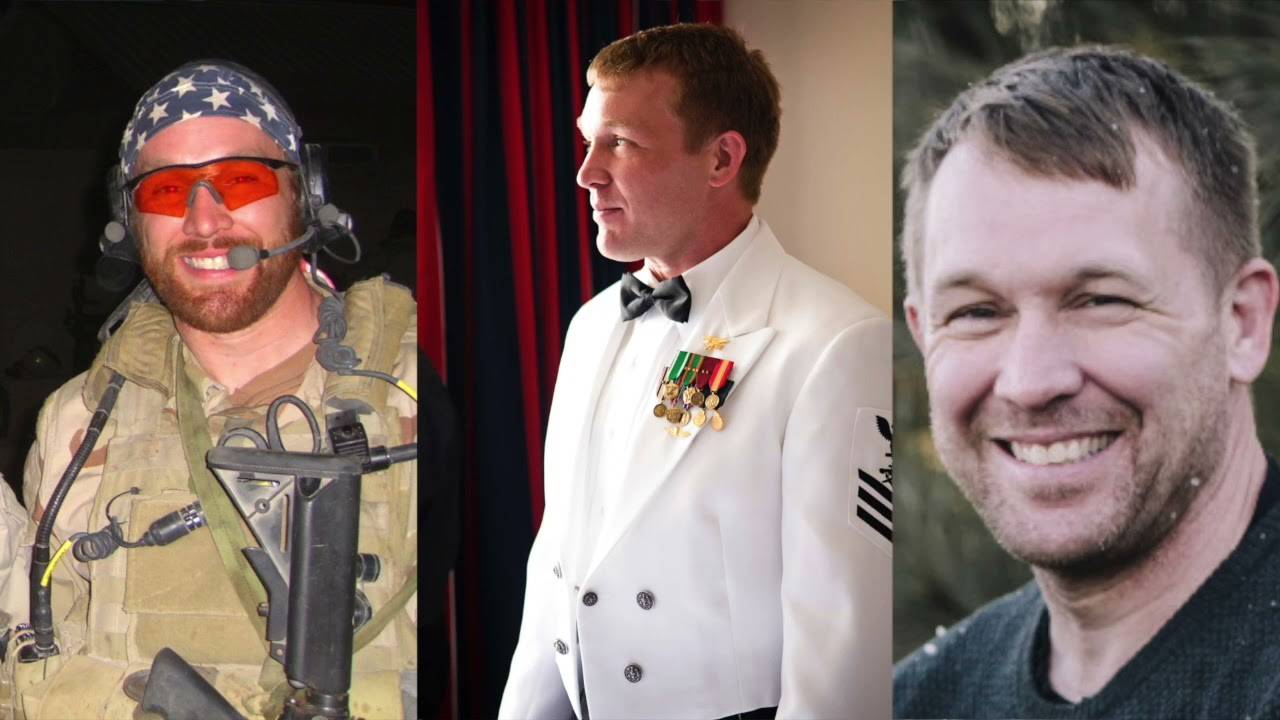 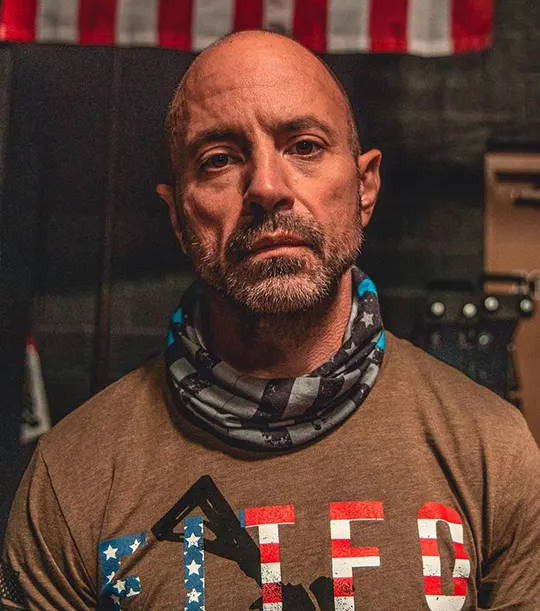 Brock is the FITFO/“Figure it the F*** Out” mentality; manifested in flesh and bone. A Navy veteran, Brock has suffered personal injuries, fought debilitating diseases, and continues to demonstrate in the gym and his daily life that excuses are B.S.⁣
⁣
⁣After suffering a T-12 spinal cord injury as the result of a a car accident, Brock sought to coach football in order to give young men guidance and and inspiration to fight through their pain and FITFO⁣⁣. Diagnosed with Parkinson’s in 2016, Brock pushed through without skipping a beat, finding a home at the 10.40.10 gym and continues to smash expectations⁣⁣.It's also worth nothing that Brock punched Alex (our CEO) in the face after a beer fueled adventure in Europe during their service in the Navy. Arguably his greatest contribution ;)
⁣
Be sure to reach out to Brock today and thank him for his service and for what he continues to do for our country, our communities, and for those who may similarly be struggling. We are beyond proud to be able to showcase him.⁣⁣ 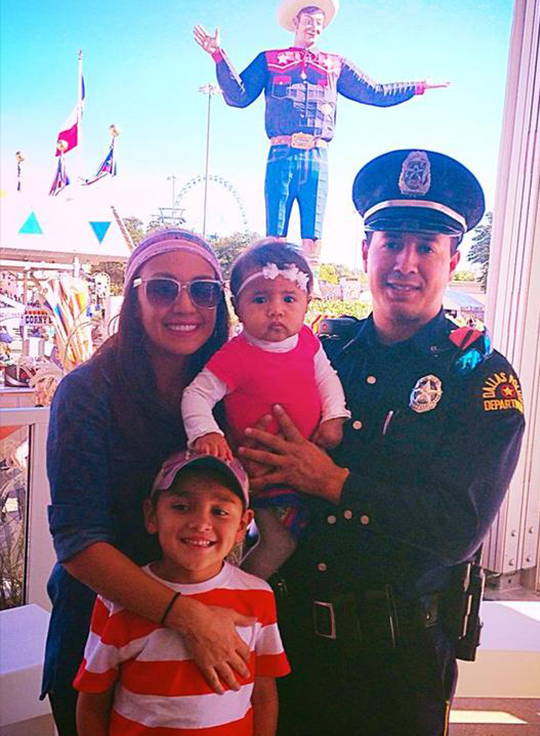 Patrick was the best friend of our CEO, Alex Witt. "Pat was a husband, father, lifelong patriot, and my brother. He is and will always be my "fight" when driving Battle Bars success. My hope is for every Battle Bars consumer to learn of my friend and take a piece of his kindness with them in their life journey.”

Zamarripa’s entire adult life had been devoted to service. He entered the Navy soon after high school and served with Alex in Iraq, surviving three tours. Zamarripa was awarded numerous medals and decorations for his work in the Navy. He received the Good Conduct Medal, Overseas Service Medal, Global War on Terrorism Expeditionary Medal and the Navy/Marine Corps Achievement Medal, to name a few.

When he returned home, he joined the Dallas Police Department so he could spend more time with loved ones and continue to give back while serving his community. Tragically, Zamarripa was one of five officers fatally shot during an ambush on July 7, 2016, one month before his 33rd birthday. He is survived by his loving friends and family, including his wife, daughter and stepson. 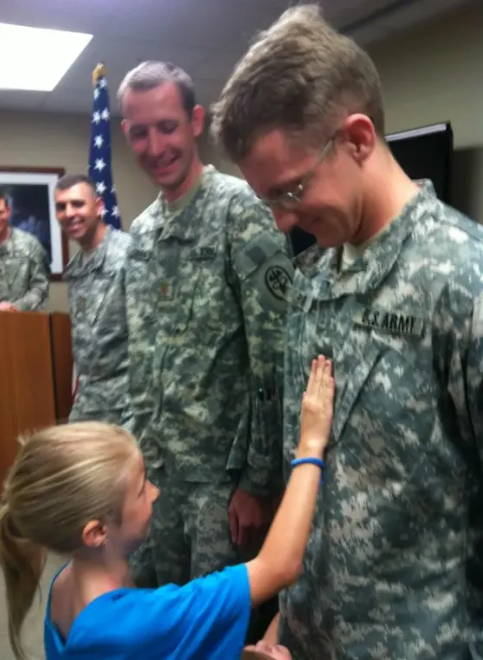 Dr. William Porr is a husband of 15 years, a father of 7 children, an Army veteran, and a Pulmonary/Critical Care Physician in Mobile, Alabama. He served a tour in Iraq, and completed his service as an Army Physician in 2018.

During his time in service, he was awarded the TriService American College of Physicians Fellow Research Poster Winner Award, over his fellow Army, Navy, and Air Force competitors. Dr. Porr participates in various community-improving projects such as Unbound, a non-profit organization that helps feed and educate disadvantaged children and adults around the world. Dr. Porr has been at the forefront of the COVID-19 fight by creating treatment protocols and carrying out inpatient care for his community.

He has been consulted to discuss COVID during a Facebook Live event with a Congressional candidate, and participates as a medical provider in the research for convalescent plasma care. On top of his normal workload of pulmonary inpatients/outpatients, ventilator, and critical care patients, he still finds the time to donate the maximum about of blood and plasma that he can, and continues to be a positive medical presence in his community.